By Jacquelin Carnegie
Leipzig has been a city for 1,000 years, managing to beautifully preserve its history without getting stuck in the past. Once home to music legends Johann Sebastian Bach, Felix Mendelssohn, and Robert Schumann as well as Richard Wagner and Gustav Mahler, Leipzig should be on any music lover's itinerary. Recently, Leipzig has become a Mecca for a new music scene and a haven for contemporary artists, as old factories are converted into studio spaces. Come discover Leipzig's past, present, and future!
DISCOVER LEIPZIG'S MUSICAL HERITAGE
Leipzig is called the "City of Music" because the world's most preeminent composers worked and lived here from the 18th to the 20th century. 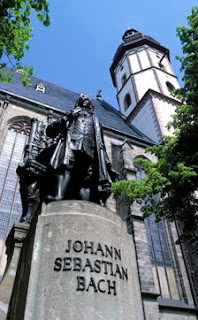 It's a thrill knowing they walked these same streets as you stroll around the beautiful, historic center.
Leipzig Music Trail - Walking or Bike Tour
Download a map with a guide highlighting about 23 places where these famous composers worked, lived, and performed, then do a walking or bike tour to check out all the sites. If you'd prefer a guided tour, Leipzig Tourism has some tours to choose from.
Get Your Guide offers several low-cost tour options (make sure you select one in English, if you don't speak German)
THE MUSIC SCENE: THEN & NOW
First walk and/or bike around to get a feel for this lovely city, then listen to music in some pretty special places:
Thomaskirche - St. Thomas Church
Thomaskirchhof 18; http://bit.ly/20Na3YE
The church is known for the renowned St. Thomas Boys' Choir, once directed by none other than Johann Sebastian Bach. The Choir's repertoire has remained unchanged for 800 years and you can enjoy one of their weekly performances. (Fridays, 6pm - Vespers; Saturdays, 3pm - Bach cantata; Admission Fee: Purchase at the church or online.) 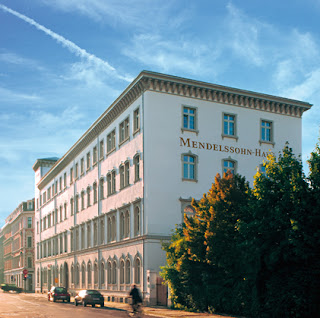 The Bach Museum
Thomaskirchhof 15/16; www.bachmuseumleipzig.de
Bach was an influence on Leipzig’s musical life from 1723 until his death in 1750. Relive that period at the museum, adjacent to the church.
Mendelssohn House
Goldschmidtstrasse 12; www.mendelssohn-stiftung.de
The house features the Mendelssohn family's former living quarters and numerous interactive displays about the composer's life and works. (Performances: Every Sunday, 11am, concert in the music salon.)
Gewandhaus Concert Hall
Augustusplatz 8; www.gewandhausorchester.de
Treat yourself to a concert by the world-famous Gewandhaus Orchestra, the oldest civic concert orchestra in Germany, established in 1743.

Leipzig Opera House
Augustusplatz 12; www.oper-leipzig.de/en
Hear fantastic operas, musicals, and also see ballet at Oper Leipzig, founded in 1693, twice voted “European Opera House of the Year.”
THE NEW, HIP CULTURAL SCENE
While classical music is still lauded here, Leipzig is now considered the #1 destination for "Yuccies" (young, urban creatives) as the former industrial areas such as Plagwitz and Connewitz are transformed into neighborhoods for artists and students with cultural spaces, galleries, start-ups, and eateries. Check out these hip venues:
UT Connewitz (Wolfgang-Heinze-Strasse 12A; utconnewitz.de) - This old theater is now a cool music hall that also presents films and performance pieces.
Werk II (Kochstrasse 132; werk-2.de) - A former factory, now a hip scene for an eclectic mix of music and events.
Conne Island (Koburgerstrasse 3; www.conne-island.de) - A punk rock & hip-hop music venue.
THE ART SCENE
Leipzig has marvelous museums such as the MdbK (Museum of Fine Arts) & the GRASSI (Museum of Applied Arts) and as old factories are converted into art studios and gallery spaces, a whole new art scene has emerged.
SPINNEREI
Spinnereistrasse 7; www.spinnerei.de
The Leipzig Baumwollspinnerei was once Europe's biggest cotton mill. Now, the factory has been transformed into an arts complex with studios for 100+ artists, 14 art galleries including HALLE 14 and Eigen + Art, and workshops for architects, designers, printers, and jewelry and fashion creators. There is also: a place to stay, Meisterzimmer; the LuRu cinema, and a theater and dance center. Explore it all on a guided tour.  Eigen + Art: an influential Germany gallery in the Spinneri, is credited with promoting the "New Leipzig School" of neo-realistic painters such as the artist Neo Rauch.
MUSIC FESTIVALS GALORE
Classical-music lovers take note of the many, marvelous annual festivals:
Wagner Festival http://bit.ly/1XjaKpa
Richard Wagner was born in Leipzig in 1813. This annual festival features concerts and performances of his acclaimed compositions.
Bachfest www.bachfestleipzig.de
(June) - World-class musicians and international orchestras celebrate Bach with over 100 events, including “Cantata Day” when ten Bach cantatas are performed back-to-back!
Chamber Music Festival  http://bit.ly/1EFgsNS
(September) - This annual festival features music by Robert Schumann, the brilliant composer, and his wife Clara, the talented pianist, and their composer friends who made beautiful music together in Leipzig. (In addition to the festival, concerts are held throughout the year in the Schumannhaus museum.)
FOR LITERATURE LOVERS
Since Medieval times, when Leipzig was at the crossroads of two important trade routes, the city has been a thriving center for commerce and culture. In addition to famous musicians, Leipzig has some impressive literary landmarks: 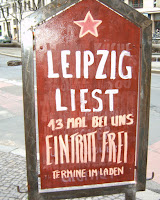 Leipzig is still referred to as the city of printing and publishing as this book fair--dating from the 15th century--is one of the most important in the world. And, now, its famed Literary Festival “Leipzig Liest” (Leipzig Reads) includes an English-language reading series.
Schiller House Menckestraße 42; http://bit.ly/1HIP2Tj
In 1785, Friedrich Schiller, the 18th-century German poet and playwright, lived and worked in this small farmhouse.
Auerbachs Keller (Mädler Passage, Grimmaische Strasse 2-4; http://bit.ly/1GXUdE7) - Established in 1525, this historic old tavern was a favorite hangout of Goethe, who was in Leipzig from 1765 to 1768 studying law. Lucky for us, he preferred poetry and the establishment's Fasskeller (barrel cellar) is immortalized in Goethe's masterpiece, "Faust."
MAKING YOUR TRIP EASIER:
Leipzig Card - Gives you free rides on all public transport (bus, train, trams), along with free or discounted entrance to museums, attractions, events, & sightseeing tours, and reduced prices at select restaurants and stores.
Hidden Leipzig Tips - Highlights, interesting off-the-beaten-path things to do. Tips on neighborhoods, dining, lodging, and sightseeing, especially in the new, hipster areas.
Dining: You can find everything from traditional German fare to vegan meals, from budget to pricey. These two places represent the old and the new Leipzig, from down below to on high:
Restaurant Ratskeller (Lotterstrasse 1; www.ratskeller-leipzig.de)
- This historic tavern, located in the underground vaults of the Neues Rathaus (new city hall) built in 1904, serves Saxon cuisine favorites such as roast pork, schnitzel and dumplings in a very traditional setting.
Panorama Tower - Plate of Art (Augustusplatz 9, 29th fl; www.panorama-leipzig.de) - Enjoy imaginative, nouvelle cuisine and spectacular views of the city.
Classic Coffee Houses: After sightseeing, relax over coffee and some Leipzig pastry specialties at Coffe Baum, Kaffeehaus Riquet, & Café Kandler.
Where to Stay: There is every type of accommodation imaginable from top hotels to Airbnb choices.
Steigenberger Grandhotel Handelshof
Salzgäßchen 6; steigenberger.com/Leipzig
This lovely hotel, in an historic building in the heart of the old city center, is within walking distance of all the highlights.
Getting There: Most flights from the US to Leipzig are connecting, but Leipzig is only one hour by direct train from Berlin, so combine a visit to both.
Leipzig is a beautiful, little city with so many wonderful things to see and do from the terrific, year-round music offerings to its famous Christmas Market. Live it up in the hip pubs & clubs or quietly reflect in Nikolaikirche - St. Nicholas Church, the oldest in Leipzig, celebrating 850+ years. Come discover it all for yourself, you won't be disappointed!
Posted by The Artsy Voyager at 2:00 AM

Email ThisBlogThis!Share to TwitterShare to FacebookShare to Pinterest
Labels: GERMANY, Music, POINTS BEYOND