By Jacquelin Carnegie
Valencia is one of those "hidden gems" worth discovering on your next trip to Spain. Just a few hours south of Barcelona, Valencia is a charming small city with stunning architecture and friendly people on Spain's Mediterranean coast. In addition to all the city has to offer, it's situated in the region of Valencia (Comunitat Valenciana), which has everything from mountain retreats to popular beach resorts. The weather in the area is splendid spring, summer, and fall, so almost anytime is a good time to visit.
DISCOVER THE BEAUTY OF THE CITY: ARCHITECTURE & NEIGHBORHOODS
Spain's third largest city has a fascinating history. As a result, Valencia is a beautiful mélange of architectural marvels from Romanesque façades to castle-like Gothic structures, to ornate Baroque residences, and Modernist buildings from the city's expansion, beginning in the late 19th century.
Walking & Bike Tours (Valencia Guias, Tel: +34 963 851 740; www.valenciaguias.com): One of the pure joys of being in Valencia is simply walking or, if you prefer, biking around and exploring all the neighborhoods. The experience is richer when accompanied by a knowledgeable guide. Marvel at all the wonderful examples of architectural styles within the  Centro Histórico (Historic Center), including the Ciutat Vella (Old Town), and El Carmen area, formally rundown but now flourishing with restaurants, clubs, and nightlife. When the walls surrounding Valencia’s old town were demolished in 1865, a new neighborhood was created--admire the elegant, Modernist buildings in Ensanche and check out Ruzafa, a working-class, ethnically-diverse section, that is becoming the city's hippest area.
VALENCIA'S FOOD SPECIALTIES
The Valencia region is famous for its produce such as oranges and rice and wonderful food including Spain's most famous dish, Paella, and a local drink, Horchata.
Restaurant Week (Cuina Oberta) - Twice a year in spring and fall. With more than 50 restaurants participating, it's a great time to eat some Paella, said to originate from Valencia. Here, the pan of saffron-flavored rice is served with chunks of rabbit, chicken, snails, and vegetables (not seafood). Enjoy some at Palace Fesol (7 Hernán Cortés).
Horchatería Santa Catalina (6 Plaza de Santa Catalina; www.horchateriasantacatalina.com) Try this typical Valencian snack: Horchata, a cold, creamy, sweet drink made from chufas (tiger nuts), often served with Fartons, pastries covered with powdered sugar. 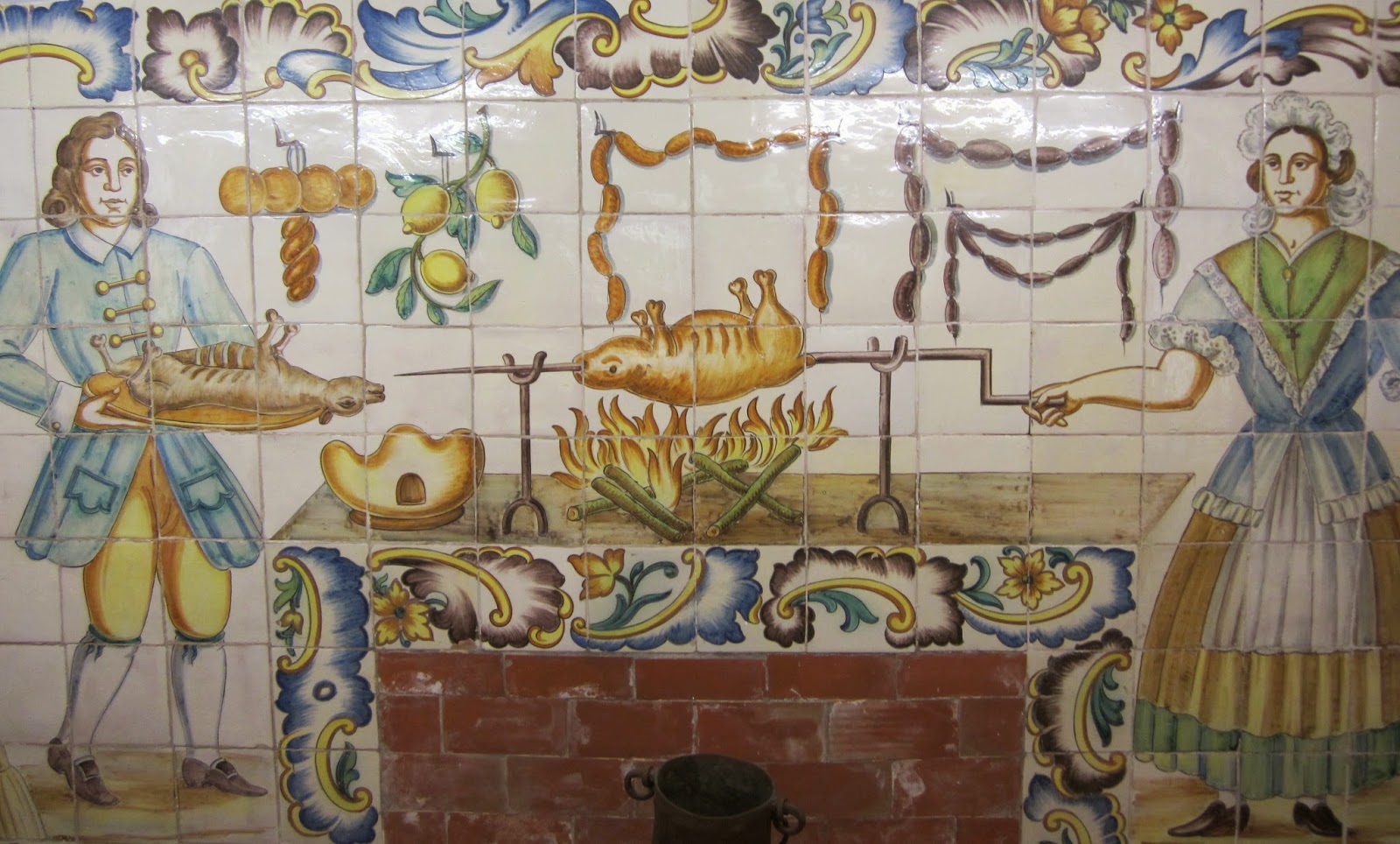 Mercado Central (Plaza Ciudad de Brujas; http://bit.ly/1oUSYe3) One of the largest food markets in Europe, it's a stunning example of Modernist architecture. Built in 1914, locals still buy groceries here.
Mercado de Colón (19 Calle Jorge Juan; www.mercadocolon.es) Another beautiful Modernist structure, this former food market opened in 1916. Today, it's an upscale mall with shops, cafes, and interesting restaurants such as Ma Khin Café. Concerts are also held in the atrium.
Original CV - Shop at one of these stores (or online) for authentic, Valencian food & gift items to bring home.
FANTASTICAL FESTIVALS
Valencia is also famous for its exceptional festivals throughout the year. Here are two of the zaniest: Las Fallas (March) - Huge Ninots (puppets) depicting satirical scenes--often mocking politicians and celebrities--are filled with fireworks and set on fire. In addition to the pyrotechnics, the weeklong extravaganza includes bullfights, parades, contests, and general merriment. La Tomatina (August) - This tomato-throwing contest, in the nearby town of Buñol, began in 1945. Now, this crazy tradition is a weeklong festival with music, parades, dancing, a big Paella cook-off, and fireworks. (Advanced tickets required.)
PAST, PRESENT & FUTURE
Valencia was founded by the Romans in 138 BC, occupied by Muslims for hundreds of years, then became part of the medieval kingdom of Aragon in 1238. During the 15th century, it was one of the most important Mediterranean cities. Today, the city's past is present as it moves into the future. Here's just a few of the wondrous sites to be visited:
Museo Arqueológico de La Almoina (Plaza de La Almoina; http://bit.ly/190Xl1S) This museum, on the site where Valencia was founded, offers an exploration of the city's history through excavated ruins from various periods. Archaeological finds include Roman baths, Visigoth tombs, and a Moorish courtyard.
La Lonja de la Seda (8-9 Plaza del Mercado; http://bit.ly/1M4LPBM)
This splendid Gothic-style mercantile palace was built in the 15th century to symbolize Valencia's wealth and power. Merchants came from all over to trade here--oil, then silk, followed by agricultural products. Now, it's a UNESCO World Heritage Site.
Plaza de Toros (28 Calle de Xàtiva; www.torosvalencia.com) Bullfights (corridas) still take place in Valencia. If that's not your thing, the beautiful Plaza de Toros amphitheater, built in 1859, is also used as a concert venue. Take a tour of the ring and adjacent museum.
Ciutat de les Arts i les Ciències (Avenida Autopista del Saler; Tel: +34 902 100 031; cac.es) Designed by native-son, architect Santiago Calatrava, the stunning City of Arts & Sciences is a 21st-century, architectural marvel. The complex includes: Museo de las Cièncias Príncipe Felipe - a family-friendly science museum; Oceanografic - a marine park & one of Europe’s largest aquariums; Hemisfèric - Auditorium & Planetarium; Palau de les Arts Reina Sofía - a spectacular opera house; Umbracle - a beautiful, covered garden. Plan plenty of time to explore it all.
Palau de la Música (30 Paseo de la Alameda; www.palaudevalencia.com) Valencia's concert hall is known for its wonderful acoustics. Some of the most prestigious orchestras in the world perform here.
SENSATIONAL CERAMICS
The region of Valencia is renowned for ceramics. In addition to these museums, be sure to visit the nearby, world-famous-for-ceramics town of Manises.
Museo Nacional de Cerámica de Valencia González Martí (2 Poeta Querol; http://bit.ly/1DnHGEV) Housed in a beautiful, 15th-century palace, the museum traces the history of ceramics from prehistoric pieces to contemporary works by Picasso.
Lladró Museum (Ctra. de Alboraya, Tavernes Blanques; Tel: +34 963 187 000; http://bit.ly/1A2Qcqw) Lladró figurines are beloved world-over. At the headquarters in the Tavernas Blanques suburb, see the family's private collection since the 1953 beginning and take a factory tour to observe how everything's made. (Reservations required.)
PARKS & REC
Beach Day: As a costal city, Valencia has beautiful beaches just a metro ride away from the center of town. Stroll along Paseo Marítimo, the lovely beachfront promenade lined with cafés and restaurants, as you soak up the sun.
A Walk in the Park: When the flood-prone river Turia, surrounding the city of Valencia, was diverted, the riverbed was turned into parkland. The Jardín del Turia (Turia Gardens; locals still call it El Rio, the river) is the pride and joy of the city with jogging & cycling paths, gardens, fountains, & playgrounds.
Better Than a Zoo: Bioparc - Without leaving Valencia, be transported to an African wildlife sanctuary. If you're traveling with kids or just love animals, spend a day here watching antelopes, zebras, gorillas, ring-tailed lemurs, warthogs, lions, and leopards, just to name a few, roam freely in natural habitats. Have a meal on the cafeteria terrace as giraffes stroll by!
DAY TRIPS: MANISES - Renowned for ceramics since the 14th century, with some 30 pottery workshops, many open to visitors--be sure to visit La Cerámica Valenciana & Arturo Mora. Manises is just a metro ride away from Valencia. SERGORBE - In the Valencian province of Castelló, Segorbe is famous for many things including a bull-running week (Semana de Toros) and fabulous olive oil, Belluga.
LEARN SPANISH AND/OR STUDY MUSIC 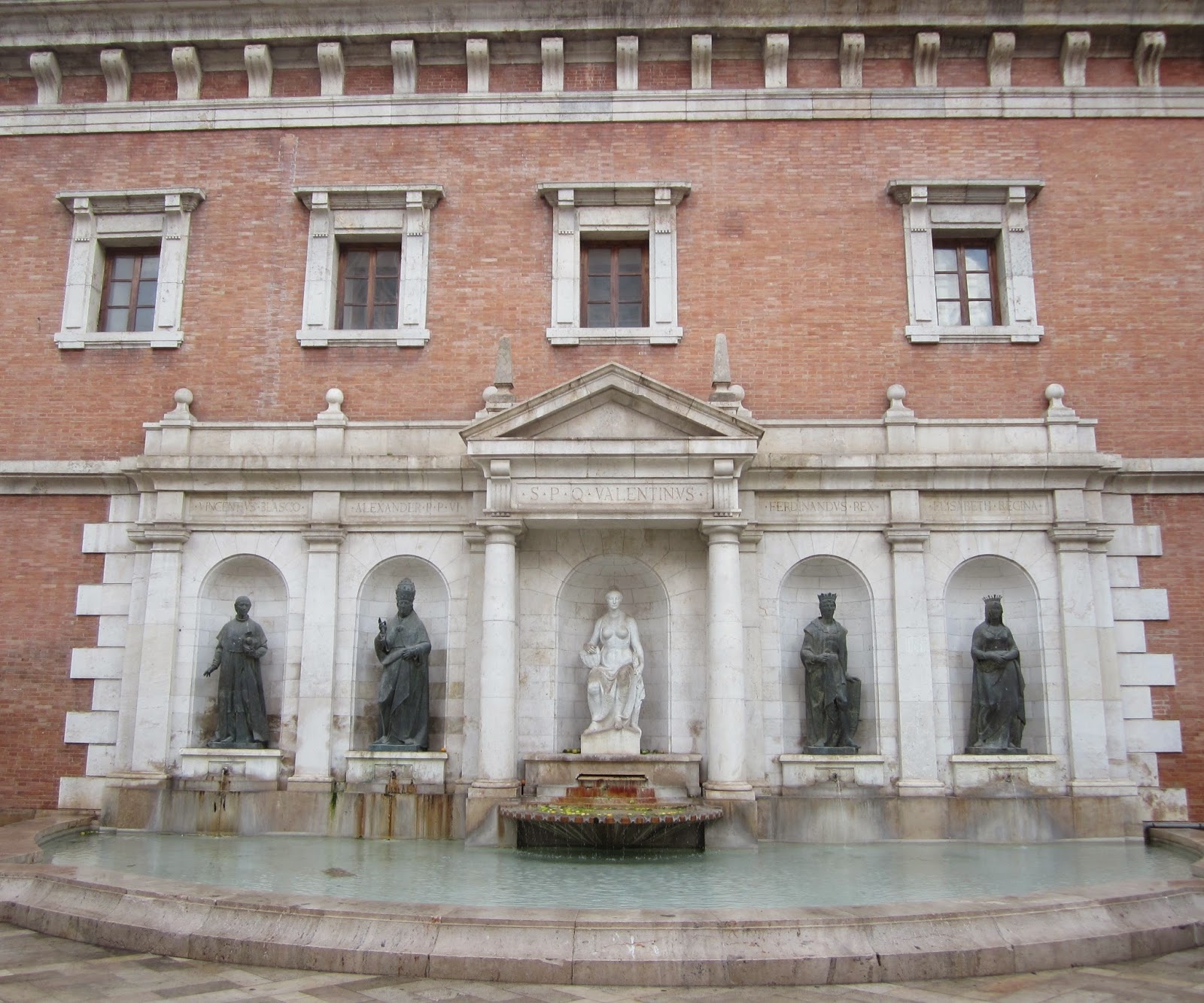 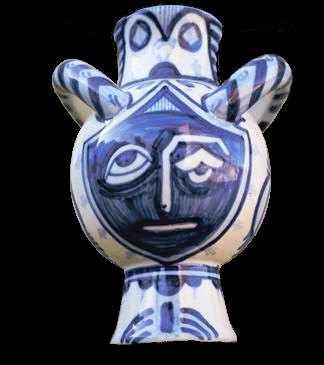 Spanish: The University of Valencia dates from 1499. While many high school and college students come here to study Spanish, there are also several language schools and programs that cater to adults. Music: The international campus of Boston's renowned Berklee College of Music is in Valencia. Both are great excuses to spend some time in this beautiful city!
Making Your Trip Easier: Valencia Tourist Card - Unlimited travel on public transport, plus discounts at shops, restaurants and museums.
Where to Stay: There are any number of great places to stay from budget hostels (Nest) to lovely boutique hotels to five-star accommodations (Las Arenas, right on the beach) or vacation-rental apartments. AdHoc Monumental Hotel (4 Calle Boix, Tel: +34 963 919 140; www.adhochoteles.com) - This charming, boutique hotel with a delightful & helpful staff is right in the heart of the Old Town district.
Getting There: Currently, there are no direct flights into Valencia. Fly to Madrid with a connecting flight or take Spain’s high-speed train the AVE from Madrid's Atocha station to Valencia, about 90 minutes. Or, fly into Barcelona and take a local train. You can pre-purchase train tickets on RailEurope or Omio, a great site that cost compares flight, train, & bus options. Spain's national airlines, Iberia, has an excellent on-time record, new aircraft on long-haul flights, reconfigured Business class and, what feels like, a roomier Coach section as well. While Valencia is worth visiting all on its own, you can easily combine it with a trip to Madrid and/or Barcelona. Spain has so much to offer!

Posted by The Artsy Voyager at 9:02 PM