By Jacquelin Carnegie – (New York, NY)
There are so many outstanding shows on and off-Broadway right now, this season is a theater-lover’s dream. 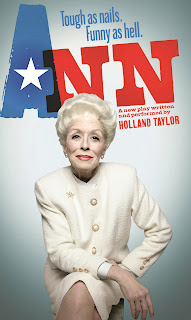 DETROIT’67
The Public Theater (425 Lafayette St.); Limited run: until March 17, 2013
Written By Dominique Morisseau; Directed by Kwame Kwei-Armah;
Starring: De'Adre Aziza, Francois Battiste, Brandon Dirden, Samantha Soule, Michelle Wilson
Just as the Younger family in Lorraine Hansberry’s famed A Raisin in the Sun yearned for a better life on Chicago's Southside in the 1950s, Dominique Morisseau’s characters—brought to life by a wonderful ensemble cast—deal with similar strivings a decade later in Detroit '67. But this extended family’s struggles are compounded by what’s going on outside their home—the Detroit riots of 1967. These five gifted actors make the characters so endearing, you’ll root for them like they were members of your own family. (On March 23rd, the show moves uptown for another month-long run, staged by the Classical Theatre of Harlem.)

PETER AND THE STARCATCHER
New World Stages (340 West 50th St.); www.peterandthestarcatcher.com Opens March 18, 2013
Written by Rick Elice; Co-directed by Roger Rees & Alex Timbers; Starring: Nicole Lowrance, Jason Ralph, Rick Holmes
This dynamite show started at the New York Theater Workshop, had a run on Broadway and, happily, is now back on the boards. Based on the best-selling novel by Dave Barry and Ridley Pearson, this is a prequel to Peter Pan for adults, but kids will love it too. One of the most imaginatively-staged productions, it’s the opposite of bloated Broadway shows. The fabulous ensemble cast creates everything out of nothing, bringing shipboard and imaginary worlds to life. If you love theater, and always wondered how Peter got to Neverland, don't miss this production.

DAVID HENRY HWANG SERIES
Signature Theatre (480 West 42nd St.) signaturetheatre.org
The Dance and the Railroad (until March 24, 2013)
Written by David Henry Hwang; Directed by May Adrales; Starring: Yuekun Wu & Ruy Iskandar
The revival of this beautiful, lyrical play depicts the heartbreaking reality for Chinese “coolie” laborers on the transcontinental railroad in the U.S. in 1867.
The Signature Theatre’s Residency One program devotes an entire season to a living playwright’s oeuvre, including re-examinations of past work and world premieres. Currently, the brilliant playwright David Henry Hwang is so honored with this play he wrote 30 years ago. In Fall/Winter 2013, there’ll be a world premiere of his new play, Kung Fu.
Signature offers a variety of innovative theater experiences at an affordable price. If you haven’t been yet, you really need to get over there. The new space, designed by starchitect Frank Gehry, is a great place to see theater and a nice spot to hangout before the show, with live music in the snack/bar area, and a very friendly, helpful staff.

Posted by The Artsy Voyager at 6:49 PM